When Cedric Glasper purchased The Durox Company from Wabtec in early 2020, he purchased a company born of a war veteran that grew into a family business over four decades. “Dad called it his first child,” said Bob Smykal’s son Rob, who fondly remembers riding his two-wheeler in the 25,000 square foot building. “I grew up with the business. 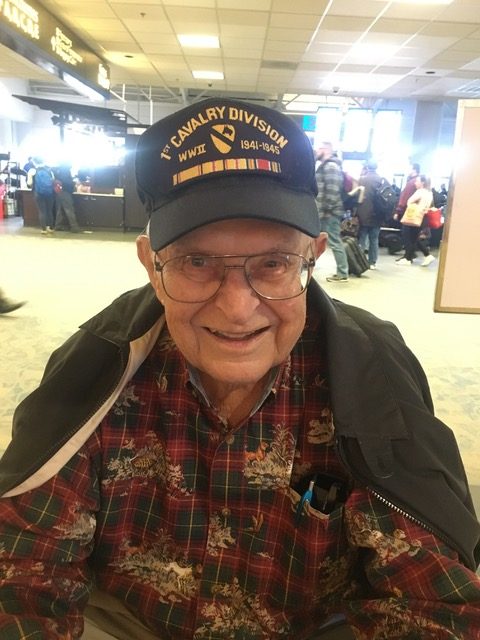 Bob Smykal served in World War II as an Army Trooper, a horseman in the Cavalry Division, having trained at Fort Riley, Kansas for the China-Burma-India Theater campaign. “Fortunately the war ended when we were en route to Japan,” Bob said. “We were among the first small groups to go into Tokyo.”

“My dream was, after I got out of the service, to go to college,” he continued. When he returned home from the Army in April 1947, all the universities and colleges were overcrowded with men who had the same idea. “Men were sleeping in one room homes and trailers. So, I decided to go to work.”

Bob started to work for Vapor Steam Heat, now a Wabtec Company. “Vapor was a wonderful company,” Bob said. “They gave me a lot of opportunities, transferred me from one city to another. I really didn’t have a home anymore. I rode on a lot of trains.” Bob’s last transfer was to Cleveland from New York City. He was going to be transferred to Houston, but decided to leave the company instead. “Living in Cleveland I found a nice lady, got married, had Robbie…” he reminisced.

In 1954, Bob founded DurAd, selling paint specializing in durable additives to stop rust or oxidation. A New Jersey Company thought the name DurAd was too similar to their name and sued. Bob won the use of the name, but decided to change it to Durox. “The name stuck,” Bob said. “I liked it.

Bob marketed almost exclusively to railroad companies, primarily the locomotive maintenance industry. He was able to identify components that Durox could either repair, sell, rep or distribute to the railroads. One type of component was heat transfer products, radiators and oil coolers. During the rebuild and assembly of radiators and oil coolers, Durox needed gaskets and O-rings. “We had trouble with gaskets,” Bob said. I found that Garlock manufactured the gaskets for the locomotive industry, but had let that slide. I negotiated to buy that division from Garlock, including the dies. One thing led to another. I had started with a little company in Ohio.”

In the late 1970s, when Rob was in still in college, his father decided it was time for Durox to start making their own rubber parts. Located close to Akron, Ohio – The Rubber Capital of the World with a large pool of mold makers, Bob decided to concentrate on molding. To help make that transition, he hired Bill Matthews, who Bob calls “Mr. Wonder Man.” According to Bob, Bill ran the business, which started with just four employees and began to grow. “O-rings were a problem for the railroad,” Bob said. “Bill came up with using Viton® and made a formula for our o-rings. A lot of companies would make them black and put a colored dot for identification. Bill decided to make ours green, because he was Irish. That became the national industry standard.”

“Bill was our everything: compounding, running presses, molding and maintenance guy” said Rob. In 1981, after working for a few railroads, Rob joined his father and helped to continue to grow the company.

In the late 1980s, railroads and other transportation companies began to merge and small companies were acquired by larger companies. The industry was changing. In 1995, Durox acquired a 45,000 square foot building in Strongsville, Ohio that offered a large space to expand. They kept the original building for warehouse and component rebuilds. In 1997, Conrail, one of their larger customers announced it was going to be acquired by Norfolk Southern Corporation and CSX Corporation and the assets split between the two railroads. That same year, the Smykals sold Durox to Standard Car Truck, a manufacturer of freight car components, who wanted to expand into the locomotive side of the industry. “I really wasn’t doing too much anymore, except coming up with ideas,” Bob said. I always liked to add on, never satisfied doing the same thing over and over. When Standard Car approached us, I figured, okay.”

Ironically, Wabtec, who owned Bob’s first employer Vapor Steam Heat, acquired Standard Car Truck and Durox along with it in 2008. Two years later, Wabtec acquired Chardon Rubber extrusion business and brought it into the Durox building in Strongsville, which was enlarged to 75,000 square feet.

Just this past winter, Durox returned to its small company roots, when Mechanical Rubber based in Warwick, NY acquired the extrusion business from Wabtec. “Something in the name Durox is lucky,” Bob said. “I have a feeling it’s going to grow again. It’s a wide industry to sell to. I aimed all my sales to the railroad industry.”

“I’d love to be back at Durox, starting again,” Bob said. “My great wish would be that I was 30 or 40 years younger. You can’t beat my enthusiasm. I know Cedric will be very, very successful with Durox. It has a good name in the industry. That’s something to be proud of.”